BE A RESPONSIBLE CITIZEN - Is Khotso Pula Nala A Philosophy Or Just A Slogan? 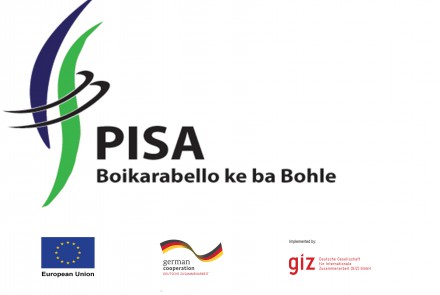 Central to the Khotso Pula Nala motto is a deep philosophical appreciation of how the nation shall live. First there has to be peace, then natural response would be rain which indicates in the belief of Basotho that the people have favour of God on their side and then prosperity becomes eventuality.  The inbuilt logic is that for prosperity there should be rain and of course other blessings from above yet they are not natural, they are earned through peace.  In this context the National Vision 2020 was spot on in putting peace at its core and prosperity among key pillars. Whether we have kept this only as a slogan or a living inspiration the answer is obvious.

Generally speaking the Khotso Pula Nala motto remains rhetoric of leaders appended to their official speeches including the antagonistic, inflammatory, provocative, arrogant and reckless. It is no longer an appeal to the nation’s conscience. Can Basotho really reclaim this maxim back to its influential sentiments?    Basotho in general and not only self-interested political leaders and individuals in their materialist, artificial and politically malleable identifies can and should.  It takes responsible citizens to appreciate the sad reality of the road traversed and to courageously get ready to restart. Responsible citizens do not wait to be told, they do not depend on what their leaders do rather take charge dream and mandate leadership to take them to the destiny so collectedly determined.

Basotho are by nature a nation of responsible people but now known to be an angry nation, bitter to use the contemporary language. This means that for any meaningful engagement for future be it reforms, the Lesotho We Want under the foresight initiative of Government of Lesotho, UNDP and National University of Lesotho healing wounds should be considered a priority. The reforms talked of so much these days should therefore be a means through which Basotho ensure that their country does not relapse into the comedian sector it has fallen into.  Put differently this should be reconciliation, reconstruction and development approach. Responsible citizens may not need to wait for the political leadership to come up with this visionary thinking because it is too preoccupied with antagonism, name calling and tactics to retain or usurp power.

The constitutional, parliamentary and judiciary reforms should be effected and public and security sectors be depoliticised as a matter of principle. When political leadership flops, everyone tend to think that its stupidity represents that of the nation yet often times those who have a sense for the good and are in majority just delegate their thinking capacity to politicians. Responsible citizens should stand up and define the Lesotho they want and part of that includes ensuring that reforms process becomes a people driven, participatory, inclusive, non-elitist and enabling exercise in its organisation, conduct and accessibility.

In building Lesotho’s scenarios for future should utilise the momentum created around reforms to reflect, see how far we have gone with previous initiatives and why, set new national goals at the central but allow different actors including non-state actors and communities demonstrate how they could in their own different ways contribute to the attainment of national good.

The Section 20(1) (a) of the constitution which provides for the right of every citizen to particaite in the public affairs either directly or through freely chosen representatives must be respected and implemented.  The Standing Order N0 76 of the National Assembly of the Kingdom of Lesotho, which makes it an obligation for the parliamentary portfolio committees to facilitate public participation, confirms that elected people are Representatives and not Replacement of the people.

The local authorities that Section 106 (1) of the constitution provides for their establishment in term Act of parliament are intended to be platforms enabling urban and rural communities to determine their affairs and to develop themselves. The National Decentralisation Policy articulates this constitutional proviso very clearly. Therefore local government legislation set to operationalise them cannot and should not dilute public participation from a right to the charitable endeavour dispensed at the mercy of central political administration and officials who are insulate from public control.

Part of protecting right to participate can be a specific Public Participation Act. Once we make everyone feel part of the nation regardless of partisan political inclinations then Khotso, Pula, Nala would be an inspiration and a reminder to our duty to work for peace and obligation to make the people prosper every time it is mentioned.

Disclaimer : The facts and opinions of the article above are not that of PISA, but a sole opinion of the mentioned author in his standing as a citizen of Lesotho.