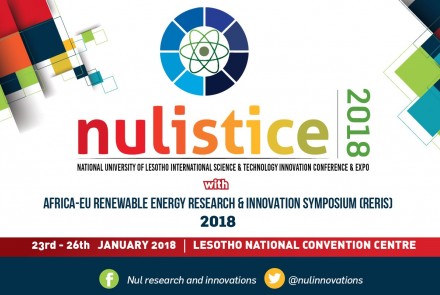 Lesotho will host the second Africa-EU Renewable Energy Research and Innovation Symposium from 23-26 January 2018 at Manthabiseng National Convention Centre. Organised by the National University of Lesotho (NUL), the Africa-EU Renewable Energy Cooperation Programme (RECP) and Deutsche Gesellschaft für Internationale Zusammenarbeit (GIZ), the conference will attract more than 100 international scientists and innovators from all over Africa and Europe. On occasion of the symposium, an Energy Research Centre as well as a Master of Science in Sustainable Energy programme will be officially launched at NUL. 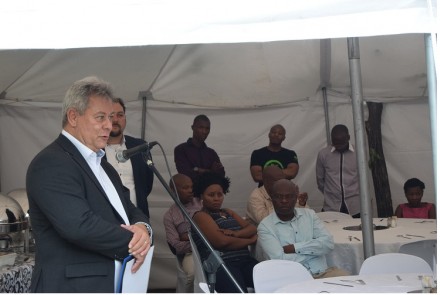 Robert Krissier, Country Director South Africa, Lesotho and Swaziland visited Lesotho on Friday 30th November 2017 on a one day visit for a function to commemorate the achievements of PISA in 2017, one and a half year of PISA inception .

Krissier’s first shot on the mark was the remarkable footprint which PISA has created for itself in the country by establishment of ten (10) centres around the country with highly motivated staff. While acknowledging that it had been a very fast and steep learning curve to take the programme off the ground, he appreciated that there was a growing demand of citizens for civic education and platforms to engage in discussions.